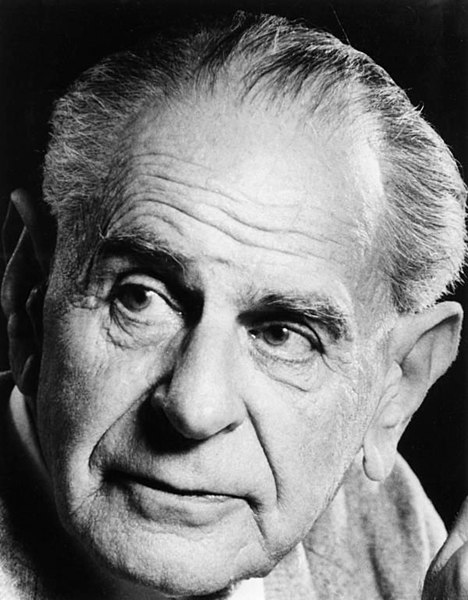 Karl Popper, the author of the rightly revered The Open Society and Its Enemies, didn’t believe in “the rule of the people” which he dismissed as a “completely impractical ideology.” Oh, he supported democratic systems of government all right–he just thought it was nonsense to pretend that they represented some sort of popular will. “But, of course, nowhere do the people actually rule,” he wrote for The Economist in 1988. “It is governments that rule (and, unfortunately, also bureaucrats, our civil servants—or our uncivil masters, as Winston Churchill called them—whom it is difficult, if not impossible, to make accountable for their actions).”

Instead, Popper favored democracy as an effective means by which “bad rulers can be got rid of without bloodshed, without violence.” His endorsement of elections was pragmatic.

I would go one step further. Democracy represents not just a relatively peaceful means of disposing of bad rulers, it also represents a suspension of (violent) hostilities between opposing factions within a political system. Ultimately, democracy is an unspoken truce among various peoples suffering under the rule of the government in question. They’re bound together by the assumption that the outcome of elections and legislative debates will be less terrible, on balance, than the political consequences of going at it in the streets hammer and tongs.

That we keep coming back to variations of democracy and that even profoundly unrepresentative (and unresponsive) regimes feel obliged to pretend that they represent the outcome of popular deliberation is testimony to the system’s perceived success in this realm.

But having dispensed with the civic religious trappings surrounding elections and recognizing that their value lies in disposing of the malicious and incompetent, and buffering factional disputes, it’s apparent that democracy’s value continues only so long as the vast majority of people agree that its outcomes can generally be expected to be less bad than the possible results of open conflict. If that perception changes, then all bets are off.

This, I think, is one of the better pragmatic arguments for limited and decentralized government in addition to democracy. By reducing the chances that the various factions that compose a society (and which evolve, disappear, and are replaced over time) will have unacceptable outcomes thrust upon them, you increase the likelihood that working within the democratic process will continue to be perceived as preferable to taking a chance on the alternative. Limited government lowers the stakes by putting some areas of life off-limits to political decision-making. Decentralized government (including federalism in the U.S. context) means that factions can implement political preferences in geographic areas where they’re concentrated while leaving largely untouched those areas where people who would find such policies objectionable are dominant. People caught “behind enemy lines” can (and do) move elsewhere to find a regime more to their liking.

Imperfect, no doubt, but a generally workable and peaceful way of allowing people with important differences to live within the same political system.

So, if you really want to break the truce and make conflict-solution outside the system seem more appealing, raise the stakes. Centralize the political system and increase the reach of whoever is currently in power so that people come to believe that they can’t really afford to lose too many political battles. And then raise tensions by making it difficult to change the people running the political machine.

Looking at the dumpster fire that is political debate and the presidential campaign in 2016 America, I can’t help but thinking that the democratic system is broken across the board. In a world in which political parties usually appear and disappear with regularity, the Republican and Democratic parties have been unassailable for a century and a half, as have most of their leaders, making the system appear (rightly) largely unresponsive in turning out politicians that large segments of the population want to see removed from power (Another Bush? Another Clinton? McConnell? Pelosi?). Resentment at the situation has erupted in the populist candidacies of the economically ignorant but crowd-pleasing Bernie Sanders, and the wildly narcissistic but equally crowd-pleasing Donald Trump. And all levels of government have reached ever-further into people’s lives even as decision-making has been concentrated in Washington, D.C., meaning that there’s no way for people to escape from intrusive policy decisions to which they object.

I don’t see how this ends well.