Over the weekend, I received a slightly frantic message from an old friend beside herself over the Trump phenomenon that has dominated this year’s political cycle–and looks poised to turn the Republican Party into a smoking pile of wreckage. Her note contained horror not just at Trumpkins, but Republicans in general, who she characterized as “PRO violence, bigotry, racism, lies, hot air and nonsense…”

She’s a Bernie Sanders supporter, herself, and somewhat enamored of socialism.

She went on to explain how she advised a daughter who lives in New Zealand to never move back to the U.S.

I don’t think it’s a surprise to anybody that I share her dismay over the rise of Trump’s cult of personality. But my diagnosis is rather different. I think the rot goes deeper and has spread more widely. Below is my reply to her.

Hi B–!
I appreciate your sentiments. This campaign season is bringing out strong feelings, often for good reason. But some of those feelings–the more vitriolic ones–are part of the problem. 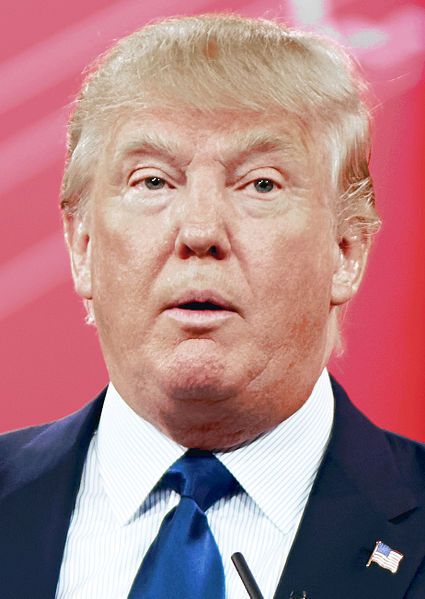 Keep in mind that both major political parties are in crisis. The Democratic Party would be perceived as a basket case, if the Republican Party weren’t so obviously on the brink of disintegration and in the process of being hijacked by a populist thug. As Britain’s The Economist notes, “The state of the Republicans is particularly parlous. But the contradictions among Democrats, though less obvious, also run deep.” Trump, a political centrist of the populist variety (really) could have easily run under either party’s banner, but he chose the more hollow and direction-less one for convenience’s sake. That’s because the Republican establishment (some individuals excepted) have spent years ignoring ideas and stirring up opposition for the sake of opposition so that they could avoid taking tough positions on important issues like entitlement reform, spending choices, and corporate welfare. Having handed out pitchforks to the mob, they now find themselves on the receiving end.

But the Democrats are not only deeply divided, they’re also increasingly authoritarian, having abandoned their civil libertarian ideals and interest in foreign policy restraint. That’s how we get a primary race between an openly corrupt party hack and an economically illiterate socialist who praises totalitarian regimes.

That would be a disaster for the Democrats — if somebody who acts like Mussolini wasn’t about to run away with the Republican nomination. As another British commentator notes, “The violence seen in Chicago is part of a long-term crisis: the nihilism of the Right, the authoritarianism of the Left and the weakening of republican institutions.”

As that quote implies, the rot goes deeper than the political parties. A big chunk of our population is embracing populism, nativism, and authoritarianism. Trump is attracting the white blue collar vote across ideological divides. Chunks of the electorate are changing party affiliation to support him, especially in the East and rust belt (Pennsylvania, Massachusetts). Given that he happily operates outside the norms of liberal democracy, this is extraordinarily troubling.

It’s also something that won’t be resolved by the destruction and replacement of the GOP, since the populist mob will still be out there and available for the next leader.

I don’t think Trump will win the election; his negatives are prohibitively high and his divisiveness puts a ceiling on support. But I think our political system is actually sicker than just his candidacy would indicate.

Feel free to share the above, if you like. For what it’s worth, New Zealand–and Australia–look to be in better shape than the U.S. or continental Europe [just hours after I wrote this the state election returns came in from Germany, reporting the success of the Trump-esque AfD]. Both, by the way, are not just politically stable, but less socialist overall (despite rhetoric) than the U.S.