Home // Culture // Why Arrest Your Opponents When You Can Ban Their Fun?

Why Arrest Your Opponents When You Can Ban Their Fun?

Is this the embodiment of evil? / Photo by Amanda Furrer

Maryland officials have suddenly discovered a crying need to ban spear hunting and restrict air guns (cuz you’ll shoot your eye out, I guess, or poke it). A former head of the Heritage Foundation wants to double down on drug prohibition (you can’t have enough stupid). And the federal government is severely curtailing the popular pastime of off-roading. Color me cynical, but I think this all has more to do with political point-scoring than well-considered policy preferences.

In the midst of one of the more hideous political contests the American democratic system has coughed up in the last century or so, pundits trying to explain the horror show are rightly rediscovering Bill Bishop’s excellent book, The Big Sort. In his 2008 work, Bishop described how strongly correlated lifestyle and ideology have become in modern America, and how highly mobile Americans are leaving behind communities where they feel like outsiders in terms of both beliefs and hobbies to relocate among the like-minded. The result, he said, was that Americans are decreasingly challenged by opposing views, and increasingly likely to embrace radicalized versions of themselves.

That is, Americans who think alike are also likely to live alike, and are becoming increasingly different across the board from the broadly defined opposing camp. Bishop wasn’t alone in his conclusion. “It takes only a very small ‘nudge,’ whether from ‘within’ or ‘above,’ to tip a large population into a self-reinforcing dynamic that can carve deep cultural fissures into the demographic landscape,” Daniel DellaPosta, Yongren Shi, and Michael Macy of Cornell University wrote in “Why Do Liberals Drink Lattes?” a paper published last year in the American Journal of Sociology. “When cultural tastes in turn have a reciprocal effect on personal networks, such divisions are likely to be even further exaggerated, leading to a starkly divided world of latte-sipping liberals and bird-hunting conservatives.”

The polls seem to bear this out. In Virginia, “More than half the people who support one of the two major-party candidates say they do not have any close friends or family voting for the other,” the Washington Post reported last month.Tellingly, the Post added, “The poll also found cultural differences between Clinton voters and Trump voters, reflected in their ties to guns, gays and even hybrid vehicles.”

Those supporters are also more ideologically consistent than in the past (even if their chosen candidates are ideologically incoherent). “Looking at 10 political values questions tracked since 1994, more Democrats now give uniformly liberal responses, and more Republicans give uniformly conservative responses than at any point in the last 20 years,” Pew Research noted in 2014.

Unsurprisingly, groups of Americans who increasingly think and live differently from one another are also mutually alienated from one another. “For the first time in surveys dating to 1992, majorities in both parties express not just unfavorable but very unfavorable views of the other party,” Pew found this summer. “And today, sizable shares of both Democrats and Republicans say the other party stirs feelings of not just frustration, but fear and anger.”

Some commentators find fodder in this national divide for sermons about the importance of valuing diversity of ideas. That’s great. But there’s no easy way to make people separated by geography, recreational choices, culinary preferences, housing styles, and ideology to find common ground. Many Americans are drawing further away from one another in terms of all-encompassing tribal identity, and that leaves diminishing reference points in common. People who don’t understand each other and rarely encounter one another aren’t going to start reenacting My Dinner With Andre (which only half of them have any interest in seeing to begin with).

Even more disturbing, though, is that the broad cultural preferences so closely intermingled with ideological identities create an opening for the victors in political contests to punish their enemies without openly targeting partisan affiliation. Yes, overt political retribution occurs too–see the scandal over IRS mistreatment of conservative organizations–and I wouldn’t be surprised to see it become more common as the partisan divide widens. But in what’s left of our liberal democratic system, it’s still relatively risky to openly penalize people for believing the “wrong things.” Restricting or banning lifestyle practices almost exclusively favored by people who believe those things, however, is another matter.

You know. Like with hunting, and marijuana, and off-road vehicles.

How much easier it is to slap high tariffs on trendy foreign cars, or tighten restrictions on those nasty guns, than to explain why you’re thumping on some guy’s kidneys because he voted for your opponent. You can still make him and his friends suffer with legal penalties and taxes that won’t really affect your supporters, and your crew will get your nudge-and-wink and approve of slams against political/cultural enemies. 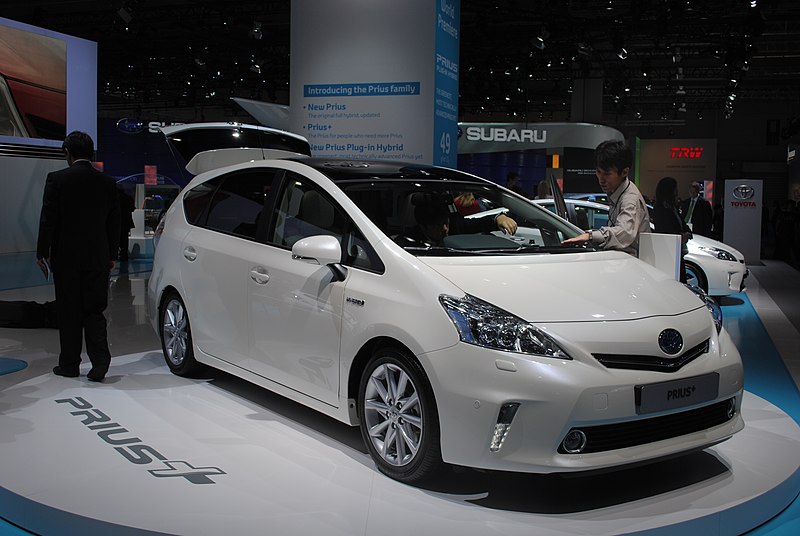 Or is THIS the embodiment of evil? / Photo by Autoviva

Fuck those Prius-drivers/bitter-clingers. They’re getting what they deserve. Right?

You may even propose to “make the environment here so unwelcoming that some will choose not to come, and some may actually leave,” in the words of a former New Hampshire Democratic state representative who opposed the libertarian Free State Project. She added, “One way is to pass measures that will restrict the ‘freedoms’ that they think they will find here.”

That’s a pretty explicit scheme to use the law to punish political opponents by targeting culture and lifestyle preferences associated with their viewpoint.

I’d suggest that most gun control efforts of recent years are more about punishing “right-wingers” than about serious attempts to reduce crime. Similarly, I suspect that much remaining resistance to marijuana and the weirdly persistent state-level attempts to prevent Tesla from opening car dealerships are intended to inconvenience people on the left. In both cases, the target is a cultural marker strongly identified with (though not exclusive to) an identifiable political-cultural faction of the American public.

So the next time one of your hobbies is targeted for an overtly unjustified and seemingly ill-considered restriction, give it some thought. There may have been more intellectual effort expended on the law or regulation than you’ve allowed for–but it was more in the form of malice toward your “tribe” than any real concern about the activity in question.